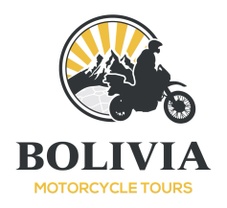 We get things started by taking the "old," less traveled road to city of Cochabamba, known for being the culinary capital of Bolivia. From there the real climb begins and the air gets thin, with landscapes of snowcapped mountains in nearly every direction, before we descend into the quaint village of Quime. We'll see our fair share of dirt roads the next couple of days, including riding the infamous "Death Road" from the bottom to the top, then climb some more until we reach the "La Cumbre" which sits at an elevation of 4,700 meters/15,500 feet, and then drop down into an expansive valley, home to the city of La Paz, where we’ll spend the night just a few blocks from the Presidential Palace. After riding through the altiplano (high plains) region, we'll arrive to the old railroad town of Uyuni, which resides on the edge of the largest salt flats in the world. We spend an entire day exploring the salt flats before pushing on to the cities of Potosi and Sucre, both of which are listed by UNESCO as World Heritage Sites. We'll get a first hand perspective of the life of Bolivian miners before we pick up the trail of the famous rebel, Ernesto “El Che” Guevara during his last days. To wrap the tour up it's a perfect mix of gravel and curvy blacktop as we wind our way back to where the tour began.

We’ll personally pick everyone up at the airport. After making the short trip from Santa Cruz to El Torno, we’ll help you get settled you into your hilltop cabin.  After dinner we have an informal orientation and prep session, followed by a good nights sleep.

We take the bikes on a 70km. (43 mile) round-trip practice run up to the “Jardin de las Delicias,” where we’ll encounter a series of breathtaking waterfalls on the edge of Amboró National Park.  Hanging bridge, dirt roads, stream crossings, hiking, swimming, and a picnic lunch are just part of todays adventure.  Back in town we’ll cap off the riding portion of the day with a ride up some curvy new slab to mountain village of Samaipata where we’ll spend the night.

We leave our quaint hotel in Samaipata and take the mountain route 360km up to Cochabamba, central Bolivia’s green farming valley.   We’ll maneuver our way up a picturesque older highway with a mix of dirt and pavement riding.

Leaving the city we’re back out on the highway again this morning. The first of many passes that we traverse today sits at 4,000 meters above sea level, with the highest being over 4,700 meters. As we ride we’ll get to take in the majestic beauty of the snow-capped Andes Mountains. We then descend into Quime through a steep glacial valley.

We pick up where we left off yesterday as we continue our descent today, there’s no pavement today though as we head towards the Amazon Basin.  Our journey today is a roller coaster of sorts as we ascend and descend through several valleys with steep drop offs.

We continue traversing the mountain roads throughout the morning hours.  At midday we’ll take a break for lunch and try our hand at zip-lining high above the valley floors.  From here it’s all up hill as we embark onto the infamous “Death Road” with it many twists, sheer drop-offs and spectacular views.  We keep climbing after we reach the highway, the summit pass (La Cumbre) sits at an elevation of 4,700 meters.  From there we descend into the city of La Paz, one of Bolivia’s capitol cities, with its vibrant mix of Aymara, Quechua and Spanish cultures.

After climbing up out of La Paz it's an easy ride cruising along the Altiplano (High Plains) region on tarmac to the city of Oruro, the capital city of the department of Oruro.

Leaving Oruro we head straight south, along the way expect to see plenty of wildlife, namely llama, alpaca and the occasional vicuña.   It’s a long(ish) day in the saddle but the roads are in good shape, so we’ll make good time.  As we near our destination we’ll get our first glimpse of the worlds largest salt flats.

We visit the train cemetery and ride the salt flats following the Dakar route to Isla Incahuasi, the only island in the salt lake with ancient cactus plants, some over 500 yrs old.  Lots of photo ops, lunch in the Salt Hotel.

Leaving the salt flats we climb higher to the imperial city of Potosí, capital of 17th century Spanish America.  The whole city is an architectural treasure listed by UNESCO as a World Heritage Site.   At over 4,000 meters (13,000 feet) it sits in the shadow of El Cerro Rico, the huge dome holding the richest silver mines in the history of the New World.

We explore the city of Potosi and the historic silver mines of Cerro Rico. Photo ops everywhere! ...from expansive mountainscapes  to claustrophobic mine shafts.

It’s an invigorating cruise over the mountain highway before descending to the city of Sucre, Bolivia´s judicial capital.  It´s also known as “la ciudad blanca” (the white city) for the whitewashed walls of its pristine old city center.  Its many churches and mansions from the 17th and 18th centuries still adorn the downtown streets. We’ll arrive with plenty of time to explore the downtown area as well take a tour of the “Casa de la Libertad.”

Today we take the back roads to La Higuera, the lonely village where revolutionary Che Guevara was executed in 1967.   The road to La Higuera is a pilgrimage of sorts for the admirers of el Che.  On the way, we’ll stop to check out the market in Tarabuco and then again for lunch in the town of Villa Serrano to admire what the town boasts as the world´s largest charango.  Reaching La Higuera in the evening we stay at the rustic Casa del Telegrafista, once home to the telegraph operator that informed the authorities of el Che’s presence.

After a wonderful breakfast we visit the memorial room in the schoolhouse where el Che was executed.   The days route takes us through the mountains of Vallegrande and down the old highway.  By late afternoon we’ll arrive once again to our base in El Torno where our journey began.

It’s a decompress day before returning to life as usual, so we relax the pace, we’ll pack our bags and say goodbye to El Torno and head into the city for a day of sight-seeing —last minute souvenir shopping, open markets and good food are a few of the options.   To cap off the day and the tour we’ll celebrate with a “farewell” dinner in the evening.​

We’ll take you from the hotel to catch your flight home at the airport.  You’ll want to stretch out your sore backside before you board your flight and flip through your pics as you grin (and groan) thinking of all the fun that was had.  From here it’s time to start planning your next adventure!

“Man cannot discover new oceans unless he has the courage to lose sight of the shore.”